Machine Controlled is a series where we talk with artists and djs who perform with hardware ranging from vintage drum machines, to samplers, circuit bent machines to the latest midi controllers. We’re setting out to see who is embracing hardware and mixing it into their setup between CDJs and even laptops. We hope this topic pique’s interest and you can discover some new music as well. From their studio to their live performances, this is Machine Controlled.

Until recently, we convinced ourselves to purchase two vintage drum machines locally, a TR-606 and a TR-707, curious to see if we can use them with our modern devices. We’ll get back to that story later in this series, while viewing our Soundcloud feed, we saw a tracklisting “Phil Weeks + TR909 @ Get Underground”, we were very curious when we saw “TR909“, clicked play, and was intrigued right away, asking ourselves, “Is he playing a drum machine with CDJs?” after listening to Phil Week’s mix and watching some videos of the night, YUP he’s definitely getting down with it. It made sense after our purchase, let’s do this series and see who’s getting down with Machines.

Phil Weeks (Robsoul Recordings) – Paris France
Whether DJing or producing, the Parisian with the huge personality delivers raw beats influenced in equal measure by classic Chicago house and nu-school French flair, underpinned with a hip-hop attitude. His long running Robsoul Recordings also defines him as one of the most skilled label heads in underground house music. In the studio Phil is dedicated to classic hardware like Akai’s MPC 3000 sampler and Roland’s TR909 drum machine. Phil’s work can also be found in the collaborations Fries & Bridges (with Hector Moralez) and PS Project/Bubba Beats & Kid Piston (with DJ Sneak). Phil Weeks recently played live PA(MPC + TR909) at the Rex club to celebrate the release of his third album ‘Raw Instrumental’ alongside Mark Farina.

Tell us, how is the Paris house music scene? Of the cities you’ve played in, which city shows the biggest response to your music?
PW: Paris is dope, the club scene is really diversified and people are real receptive to me and my sound. As far as other cities, it’s always changing to be honest. Last year, I played a few times in Italy, this year it’s all about UK, but I would say I get a lot of Love in Bucharest (and Romania in general), London, Paris, Manchester, to name only a few.

What motivated you to start playing on a TR-909 at the club for a DJ performance? You’re planning to play with your MPC as well in to the setup, is there anything special you need to sync them together and are you mixing CDs with this as well?
PW: Everything started thanks to my residency @ Rex Club in Paris (I have my own night “Get Underground” with my partner Didier Allyne). I knew the club owned a TR-909 and few days before our party, I ask them if I can have it setup for me, just for fun and I really enjoyed it. In the setup, the 909 is just to add some extra madness into my dj set. I’m still trying to figure out how much I should use the 909 before it gets boring. Then again (thanks to the Rex), last Thursday I was able to do a little live PA to present the release of my new album “Raw Instrumental”. The setup was MPC3000 master, midi sync + midi with TR909 + a CDJ to add some loop or efx and vocals. I was playing all my songs live with the MPC & added some extra beats with the 909. The 909 was also useful for the time I needed to upload a new song in the MPC (between every track). The CDJ was helping once in a while for transition.

Any concerns of bringing your own machines out to gigs? What are people’s responses to you using a vintage drum machine now at a performance?
PW: I’m not too fond of taking my TR-909 anywhere with me, I always ask the club to get one if they can. The response is always great when u do something different, and the 909 sounds phat!

Is there something special about using hardware/machines instead of the computer?
PW: I guess not, depending again if you use the computer as a sequencer or as your whole studio, then the “grain” of the sound won’t be same. The computer isn’t too fun for me, honestly not too familiar with it.

The MPC 3000 is your primary machine and used to make your new album “Raw Instrumental”, have you tested it against other MPCs, why the 3000? Any particular obstacles you found going through this process with the new album?
PW: The music I love to listen to and also produce is very simple so I don’t feel any obstacles using the MPC to exclusively sequence. I tested some newer MPC’s that had some crazy features on it but my 3000 sounds & the groove way better (to me atleast).

What’s the second most used machine you own?
PW: I use my Yamaha 03D mixer for all my tracks for effects & compression. Besides that, I would say in this order: the TR909, the SH09 & the TB303. For mastering, I always use my 03d or the digitech studio quad (aux. on the mixer). I also like to use the Waves Rvox Mono compressor/gate (usually for vocals) on the computer (with soundforge).

Who is responsible for showing you all the possibilities with using hardware, sampling, etc?
PW: I’m pretty much self taught, reading the manual. I learn pretty fast especially when I want it big time. No school, just love and dedication.

You record some of your own vocals, any tips of what you usually do when recording vocals for tracks?
I don’t even have a vocal room to record vocals, this is pretty ghetto. But I spend a lot of time on the Post Production to make my voice sound better. A lot of compression, a gate, reverb/delay, chorus, EQ are always needed and sometimes some more crazy FX.

By the looks of it, you like to keep it gangsta, if you could own a classic car to roll in, what year/make would it be?
I own & drive a 1999 Honda Legend 3.5 & I love it. I love big modern cars, flagship like Lexus LS or Mercedes Class S, but if I have to pick up an old American classic car to do a photoshoot in, I would say a 1976 Cadillac Coupe DeVille. 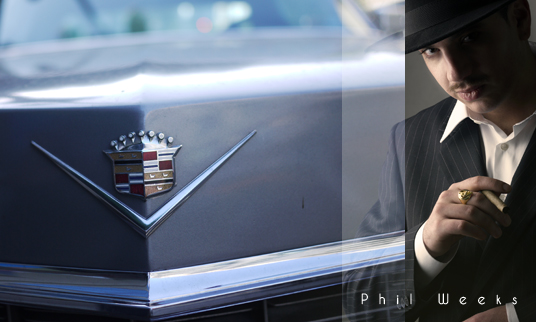 You can view more videos from Phil Week’s Underground Chronicles. 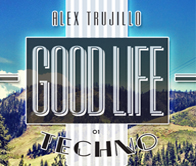